It’s too bad that drop your gloves sight is down. Tkachuk would have a far more impressive fight card than Trev. I can remember a game against Winnipeg where Momesso horse collared Tkachuk when he was bouncing Trevor around.
“Gohmert and Bumpty sitting in a tree”
Top

Doyle Hargraves wrote: ↑Mon Jan 13, 2020 6:11 pm It’s too bad that drop your gloves sight is down. Tkachuk would have a far more impressive fight card than Trev. I can remember a game against Winnipeg where Momesso horse collared Tkachuk when he was bouncing Trevor around.

I miss Momesso. A good Pisane!
DOYLE WOULD’VE RATHER HAD KEVIN HAYES AT 7 YEARS 7 MILLION PER INSTEAD OF J.T. MILLER FOR A LATE 1ST RD PICK
Top 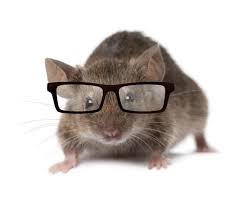 The Brown Wizard wrote: ↑Mon Jan 13, 2020 4:27 pm Kassian would be fantastic in vancouver. He is actually going to hit ufa this summer...just in case ferky is done

I'd luv to see the Kassassian back. Imagine if we can put Zack with Petey & JT Miller; Zack is skilled enuff to play with them and u know he'll stick up for Petey if anyone tried anything. Kass wouldn't look too bad lining up with BoHo or Hockey Gaud either. I'd be surprised if JB tries to acquire him though. JB didn't seem very pleased in dealing with Zack's issues back then. He wanted to trade Kass for Bartkowski. A guy he eventually got for nothing (UFA) and the guy wasn't even very good. Even though Zack cleaned up his life, I doubt JB wants to go there again. Also, our salary situation is going to get tight. We have too much $$$ sitting on Ferkland and Eriksson already and we gotta save caps space for Petey & Hughes.

JB has some other options for potential power forward in the system though. The Bic Mac Zack Attack Pack McEwen is looking close to NHL rdy. MacEwen is prob not as skilled or nasty as Kass, but may eventually become a better 2-way player. Gadjovich appears to be starting to adjust to the pro game and Podkolzin said he wants to come play for Vancouver once his contract is up in the KHL (only about 1 more year).
Top

It is rather funny and it looks good on Marchand even though I secretly wish he was playing for us.
Top

I think the only reason the NHL was compelled to discipline Kassian is/was because of the big ole swinging down motions on the hay makers.
It's all in the imagery and how it looks on the screen. Not because he fought.
None the less, I can see this stupid wording, "Being the aggressor", causing further deterioration to the game. "They'll use it again", and ------.
Mathew didn't handle it well but like I said before, look at McDavid's role. He set him up for Kassian.

I hate the new rules. With the old rules, it could have been this;

Kassian---- five for fighting and a ten minute misconduct., (comes with a fine)

Tkachuk--- two minutes for roughing. (seems light because all this was created by him but "that" all comes out in the wash over time.)
..............Mathew could have had a two minute charging minor for his second hit on Kassian but that was before.
McDavid ---Four minutes for interference. (double minor). 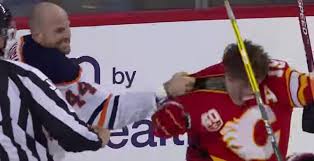 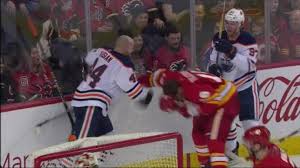 Marchand for Erikson
Over the Internet, you can pretend to be anyone or anything.

Just adding to the Dahlin or Hughes discussion...

Top 9 teams in the league - pretty much all VETERAN teams:

Nucks shouldn't feel too bad about their Florida trip. Lightning and Panthers have been blowing teams up lately.
Try to focus on THIS year...
Top
Post Reply
507 posts