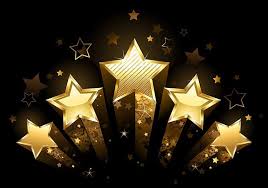 it's over one hour and forty minutes.

I tend to get a little nervous when radical lefties talk about depopulating planet Earth.

Has anyone watched it? I just dont know if i can handle that whiney fuck for an entire 90 minutes without someone vouching for it
Witchcraft... Oh, but it IS. A dark and terrible magic...
Top

The Brown Wizard wrote: ↑Wed Apr 29, 2020 1:13 pm Has anyone watched it? I just dont know if i can handle that whiney fuck for an entire 90 minutes without someone vouching for it

Well most lefties absolutely HATE it... so I AM interested.

“President-elect Biden recently said, ‘I believe that we can own the 21st century car market again by moving to electric vehicles.’ We at General Motors couldn’t agree more,” Ms. Barra wrote in a letter Monday to leaders of some of the nation’s largest environmental groups.

She added, “we are immediately withdrawing from the pre-emption litigation and inviting other automakers to join us,” a signal to Toyota and Fiat-Chrysler, the other two major automakers that have sided with the Trump administration against California in the ongoing legal fight.

G.M.’s maneuvering was a public humiliation to Mr. Trump as he pursued his democracy-defying effort to subvert the will of the American electorate and claim another term. Ms. Barra gave no warning to the administration, but she did speak by telephone on Monday with Mary Nichols, California’s top climate regulator and an architect of the Obama-era fuel economy rules. Ms. Nichols is also a leading candidate to run the Environmental Protection Agency under Mr. Biden.