Canucks are scoring good, were tied for 4th with Dallas in Goals For, but I think they have allowed the most goals against now in the playoffs after Markstrom lets in another 5 goals in a game.
A long time ago, a baseball player remarked: "If I owned a ballclub, I'd hire a $5,000 coach and a $15,000 scout."
Top

Rome was not built in a day.

Canucks have a great foundation, within the next 2 years most of the bad contracts are gone and they can fill the holes with better players.

the holes that need to be filled are not something you need to spend a lot of money on.
Top

The NHL playoffs you still need big strong heavy players who can play, are hard working smart and skilled.


I’d say MacEwen and Boeser are on the bubble, nothing showed they were big difference makers when the going got tough. They are still developing, but they need to show more, especially Brock if he is commanding the big bucks.
We are all Jim Benning.
Top

Podkolzin is going to a huge injection, he’s a strong big bodied energy player who is very skilled, seems built for the players. Tryamkin’s size and skating, wingspan, puck transition skills and grit will be a huge boost in building a playoff team. Hoglander is an energy player with skill and grit. Rathbone is an excellent skater and solidly built at 5’-11” close to 200 lbs, could be a Schmidt type. And there is still Juolevi, Woo, Lind, Lockwood, Rafferty, DiPietro. So the building blocks are there
DOYLE WOULD’VE RATHER HAD KEVIN HAYES AT 7 YEARS 7 MILLION PER INSTEAD OF J.T. MILLER FOR A LATE 1ST RD PICK
Top

Reaves doing shit I don't even want to know what at Grren---https://streamable.com/wkbw5x

Glove save on Pettersson -- https://streamable.com/1d04nc

Canucks draw their own penalty --- https://streamable.com/nxo1q7

Fleury out of the park and Marky makes sure it's seen -- https://streamable.com/iynoxd

SKYO wrote: ↑Sun Aug 30, 2020 10:20 pm Canucks are scoring good, were tied for 4th with Dallas in Goals For, but I think they have allowed the most goals against now in the playoffs after Markstrom lets in another 5 goals in a game.

The stats indicate that you are right. Marksrom had a ghastly game four.. Normally; they don't play post season games back to back. Still...
"evolution"
Top

Not much else to say, everyone agrees that this version of the Canucks is incomplete. Work needs to be done to improve next few years, but man, they have given the fan base so much hope for what's to come.

Down to the last life, it's a learning lesson. The growth shown by our big guns is encouraging. I expect them to fight to the end and no matter what we'll be there to support them.
Top 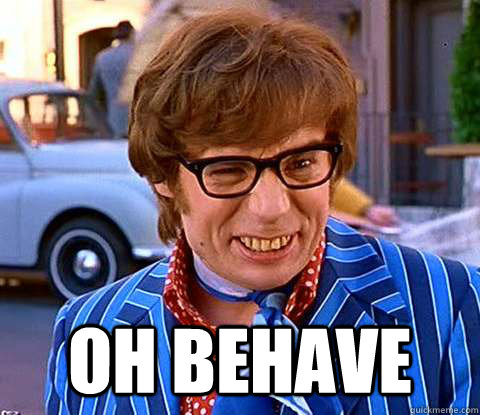 Markstrom not happy. no idea why he agreed to sit in for this. Gives on sarcastic response to one dumb remark.
Miller and Petey are good. Green tries to stay positive.

"There’s no quit in this team, we’ve been working all season for this and we’re not going to back down without a battle. It’s frustrating now, so we just have to focus on next game." - Pettersson

griz wrote: ↑Sun Aug 30, 2020 9:16 pm Who would have thought they would push Vegas at all. No less, having gotten past the Blues first. I remember Craig Button, months ago, suggested they could make a deep run and surprise everyone.

Regardless of how this series ends, I'm impressed.

The future looks very bright!
Whatever you do, always give 100 %!
Except when donating blood.
Top

Rome was not built in a day.

?? Page 3, Per. Your a teacher, right? Not too many apples on your desk I suspect.
"evolution"
Top
Post Reply
167 posts