Here we go kids.... no matter what happens just remember who got you here...

Please play well. That is all.
Top

James Elmer Benning?
We are all Jim Benning.
Top

Land the first punch. Just like Rosie Rottencrotch usually does to the Chef.
“Gohmert and Bumpty sitting in a tree”
Top

Loui with an empty net goal.
Whatever you do, always give 100 %!
Except when donating blood.
Top

In Rats We Trust.

Try to focus on THIS year... again
Top

No line-ups?
Whatever you do, always give 100 %!
Except when donating blood.
Top 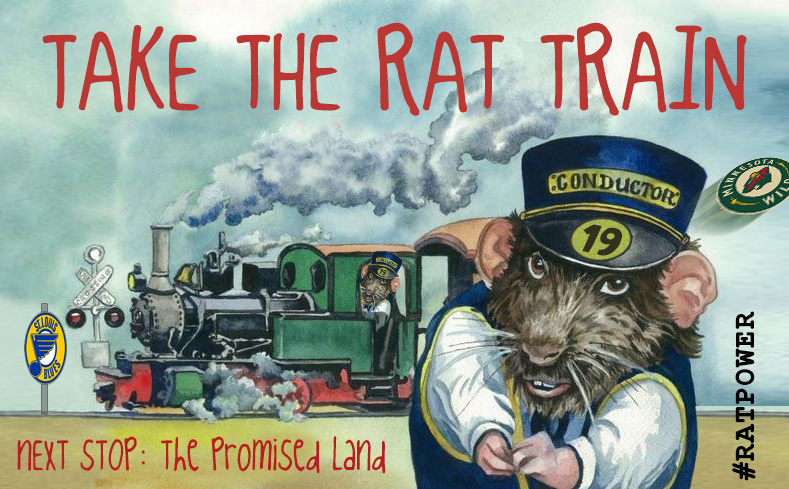 I just noticed how detailed that is corn... awesome
Getting old is not for the young...
Top

I have to admit, I wasn't expecting playoffs this year, and wasn't all that excited when they were gearing up. I watched the 'exhibition' game with passing interest. But.... but the excitement built in the minny series, and Game 4 was the most enjoyable game I've watched in LONG time.

I'm all in now. We're in tough, and we know it. We're playing a top team that knows how to win it all. They have a goalie that won't be giving up the softies, so we'll have to earn every damn goal. We just need to battle for 60 minutes, and I think the kids are starting to learn that from the vets.

Series preview from The Hockey News: