Time For A Change-Get Rid Of Luongo

Time For A Change-Get Rid Of Luongo

Okay i know i won't be much like right off the bat on this site, but i need to vent and let the truth out. I have been a die hard Canuck fan from Winnipeg since we lost the Jets and i am hoping we get our Jets back soon. But now about the 2009/2010 version of The Canucks. Bottom Line is Luongo is not a playoff goaltender, 2 of tonights goals were very weak, maybe it's his added pressure of being a captian, i don't know. The captain excuse could not be made in last years playoffs though, If the Canucks want to be more than a playoff flop, they need to pick up a playoff goaltender because as good as he is in the regular season, Luongo is not a playoff goaltender.

The fans know it and to a point i think Canuck management knows this ----- what will be done? hopefully the right thing, try and trade Luongo while you can get some value for him.. This is not a hate thing for Luongo, cause i never thought much of him anyway's since his days in Florida!!

2 more weak goals just as The Canucks started putting pressure on the Hawks, now i will officially say Luongo sucks!! 4 of the weakest goals that i have seen in NHL playoff hockey and remember i was a Jets fan .... Luongo needs to go, no effort to stop those 4 goals at all .... he sucks and Canucks need a more competetive Goaltender and trade Luongo for some defense and /or maybe another scoring forward .... Bottom line is Luongo has to go ........ Hope management isn't blind and makes it happens. Many teams would be interested in Luongo includiung Montreal, Detroit, Colorado, Dallas to name a few ..... na na na na -- na na na na hey hey hey good-bye Canucks thanks to Luongo and his 16 Goals allowed on 3 home playoff games this series, that is downright pathetic, Vancouver fans deserve better!! That's a Series Home G.A.A of over 5.00, pathetic!!
Top

lol.. next year he gets 10 Million ... does anyone think that any GM would take that contract on?
" If you cant beat them in the alley - you can't beat them on the ice
Top

Tiger wrote:lol.. next year he gets 10 Million ... does anyone think that any GM would take that contract on?

Just to clarify...they would get Lou on a 5.3 million cap-hit. That is all that matters.

Welcome to the boards! your knee-jerk reactions will fit in fine here.

I agree with you on the captaincy thing, I feel ever since I saw him on the bench in game 3 against LA that it was a stupid move.
E1-E4 = I made it up.
E5 = Found it on tsn.
Top

Well here we go... another offseason of bull-shit right off the bat.

Chicago won because they were a better team. Their defense were better prepared for our forwards, their checkers checked our top lines better than our checkers did theirs, they crashed the net, they played playoff hockey for more of a series than we did. Better team this year.

Luongo.. while he certainly wasn't great in the playoffs, isn't the problem. You're going into Game 6, do-or-die, and you manage 1 goal? Your best line is led by Kyle Wellwood? Let's not even get into the problem of having your top 3 d-men out of the line-up.

It sucks... but let's get real. Chicago was a worthy adverasry, and we couldn't get by them. We didn't underachieve, we just lost a playoff series.

Luongo, Sedin, Sedin, Kesler... are all going to be with this team a long time. Get used to it, and get ready... this core WILL win us a Cup.
Top

We didn't implode this time, we were just beat by a better team.

I still think the captaincy hampers Luongo. I am not saying he is a bad captain, I would just rather have someone on the bench to rally the troops as opposed to away from the bench in the nets. REALLY what can he do? and when he gets pulled? he's listless.

I was concerned about the defense, and my worst fear materialized.

Our second line didn't come through in the second series. The Sedins, although not dominant(only Toews was dominant imo) were fine.

Bieksa is dead to me.

Our PK and defense has to be retooled. Injuries were the deciding factor for the defense 3 seasons in a row now.

Bowness has to take responsibility for the PK, and Ian Clark has to go.

But other than that, they were beat by a better team this year, and the core of this team will be better next year, they have been well managed. We need 1 out of three of the rookies to come in and do the job but our cap is ready to retool the defense.

I am bitterly disappointed.

But I saw it coming after game 3.


I hate being a Canucks fan sometimes...always saying "next year". But this team has a bright future.
PS
A little size on that bottom 6 would help too...
E1-E4 = I made it up.
E5 = Found it on tsn.
Top

Luongo, Sedin, Sedin, Kesler etc... are all going to be with this team a long time. Get used to it, and get ready... this core WILL win us a Cup.

It sucks... but let's get real. Chicago was a worthy adverasry, and we couldn't get by them. We didn't underachieve, we just lost a playoff series.

Am i dissapointed?
sure.
The 'Chain of Command' is the chain I am going to beat you with until you understand I am in charge.
Top

Luongo, Sedin, Sedin, Kesler etc... are all going to be with this team a long time. Get used to it, and get ready... this core WILL win us a Cup.

Or be heads on a stick as you enter the city.
The Leaves: Longest running sitcom since Seinfeld.
Top

Apart from the fact that Nonis acquired asset in Luongo while simultaneously moving a problem in Bertuzzi,IMO Luongo should never have been here in the first place. I think a goalie who is perceived to be as good as him should be brought in as the final piece once the GM is satisfied that the rest of his team is capable of knocking on the door. I think in the Canucks' case, Luongo has been central to the team's style, and when he's played well, it's covered up flaws elsewhere. The 'hot goalie can take you a long way' chorus has been sung here for 4 years now, and it hasn't worked out so great. Carrying on with him for the forseeable future now has an uncomfortable feeling to it. I don't think his contract is moveable, so the idea of getting rid of him seems quite unrealistic.
AraChniD iS stoOpiDz!
Top

A little size on that bottom 6 would help too...

Agree.. and on the top 6 and on defence .. Team tried but was overpowered by Chicago's bigger skilled forwards . Defence was a major problem . Bringing in AA was a poor solution for losing Willie and Brad for the season. MG just didn't get it done... Edler played well.. SOB was greatly improved , Salo was fine until injured but Bieksa sucked for 5 games outta 6.. They got to Luongo a bit too easily and we didn't have the horse power to move Buttfukien outta the crease.. Sedin's couldn't make a pass because of good defensive play by Chicago's d and forwards.. Hopefully Luongo will be relieved of his Captaincy next year and just concentrate on goal tending.. This year he definitely was not at the top of his game . A few stellar performances but most were average and some downright poor. Demitra .. very disappointing.. Samuelsson .. better than expected.. Kesler looked to be playing injured but still managed 9 points .. Burrows ? kind of disappeared for most of the playoffs.. Grabner??? not there yet.. shouldn't have been in the playoffs .. Raymond.. played well but not the size to go to the net. Bernier .. got guts but hands of stone. Wellwood?.. surprise .. he played well !.. Hansen .. hard working grunt but couldn't score goals. 2 things you can't teach at the NHL level is Size and Speed... we got the speed but need more size.
" If you cant beat them in the alley - you can't beat them on the ice
Top

I'm really shocked and disappointed to hear so many fans of the Canucks offering to drive Luongo to the airport. But, as has been pointed out already, while he was far from the best player, he also wasn't the reason the team lost to Chicago.

Personally, I think what's hurt him since he got here was the lack of a full time goalie coach. Ian Clark, while a great coach, isn't around full time... and more like barely at all. I think getting Roberto a guy he can work with AND is here full time would get him back to the way he was playing in Florida and when he first got here.

I've been watching him play since Junior (including seeing him play live a boatload of times in Florida) and he's always been great IMO. The last couple of years (and this year in particular) he's been struggling. But it seems that after Clark pays a visit, his game tightens up and he play extremely well.

Well here we go... another offseason of bull-shit right off the bat. 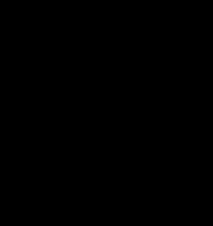 
Good one... anyone who thinks that we can get rid of Luongo is delusional. His salary alone makes this idea next to impossible. His record in the last year or so wouldn't make him very marketable either.
We're stuck with Lou for the forseeable future and I think it's a waste of time to imagine otherwise.
Top
Post Reply
20 posts