Here we are - getting ready for ANOTHER series! We believe. The team believes. The league hates us. Other fans hate us. Can't ask for much more!

Funny how we've always said, "Imagine what the Canucks could do with a decent travel schedule and entered the playoffs healthy".

The Canucks and Knights played each other just twice this season, during a five-day stretch in December. Vegas won 6-3 at home on December 15, while Vancouver won 5-4 in overtime on December 19.

The Golden Knights finished the shortened regular season eight points ahead of the Canucks in the standings, albeit in two more games than Vancouver played.

Elias Pettersson leads the Canucks with 13 points (four goals, nine assists), tied with Nathan MacKinnon of the Colorado Avalanche for the most in the League. J.T. Miller (five goals, five assists) and Quinn Hughes (one goal, nine assists) each scored 10 points. Bo Horvat has scored six goals. Jacob Markstrom, who is tied for the playoff lead in wins with Semyon Varlamov of the New York Islanders, is 7-3-0 with a 2.44 GAA and .929 save percentage.

Mark Stone (four goals, four assists) and Reilly Smith (three goals, five assists) lead the Golden Knights with eight points each this postseason. Shea Theodore (four goals, three assists) and Jonathan Marchessault (two goals, five assists) have each scored seven points, and Alex Tuch has scored four goals. Robin Lehner is 5-1-0 with a 2.44 goals-against average and .904 save percentage. Marc-Andre Fleury is 2-0-0 with a 2.50 GAA and an .886 save percentage.

"I think they're a lot like St. Louis, they're a veteran team and they come to the rink every day," Boeser said. "They know the style of play that they want to play and they work extremely hard. Regardless, we've got to make sure that we come to the rink and keep brining that determination and that work ethic and I think we'll be fine."

I agree with Brock. Vegas is a lot like St. Louis except they have exceptional goaltending. This year is nothing like 1982 when all the favourites fell out of the Canucks path until the finals. Unless Dallas upsets the Avs, this year looks like it gets harder and harder every round. The boys have their work cut out for them starting tomorrow.
We are all Jim Benning.
Top

Vegas actually worries me more than St. Louis did. This will be a tough series, reminds me of the Vancouver - LA series from 2012, hopefully we can overcome them!
Top

They get a ton of shots. They have strong goal tending. We have a dynamite powerplay and score a ton. They finished the regular season
on a tear, we did not, hence, IMO, we match-up very well with the Knights and if we keep the focus as well as the first two rounds,
we can beat them in six. Less? Hopefully.
"evolution"
Top

Hey Corn. I was thinking the other day how this SC Tournament is really good. How no team has to travel. Every team gets quality rest and off days. No distractions for the players. I mean its not unusual for teams to sequester players in a hotel during the playoffs anyway.

I'm liking the format so far and I agree, especially for Vancouver that has always had a horrific travel schedule, this is a blessing. Even injured players choose to stay in the bubble so they remain eligible instead of returning to Vancouver and skating on their own. I hardly remember that there are no fans in the seats.

Now if we could just do away with the anthems.......
The only HW the Canucks need
Top

I would have no problem if they kept this format - it favours the west coast teams for sure - but then the teams need they playoff revenue. But 2 hosts cities each year? (kinda like the super bowl?) That could be fun too.

I see no reason for the anthems - especially with no fans, but maybe the players requested it as part of their game prep?
2019-20 - Playoff Bound
Top

Right back at it. No waiting.

My nerves have already been shot, and it's only the second round.

I hope we see the full lineup of Tylers for this series because I think we will absolutely need them.
Try to focus on THIS year...
Top

Another veteran heavy squad for the Knights lineup:

MaxPac had the most points vs Canucks, he got injured and was replaced in the Hawks series for a bit he missed the August 13 game, he missed all three games of the round robin with an injury. Not saying to target him, but if you get a chance to get a clean solid body check...

Not a lot of support for the Vancouver Canucks this battle, we just gotta out score em, and set our targets on Robin Lehner whose played the majority of the Vegas games, MAF has played twice, one was after a back-to-back game vs hawks.

Vegas has a good team with a great goaltending but the Canucks are good too, especially if Toffoli and Myers are available. First we heard the Canucks weren't physical enough and would get worn down by the Wild and Blues, and how both were far superior defensively, and now I guess we'll hear how Vegas will skate better and outwork the Canucks while playing the same heavy, tight game as the two teams the Canucks just eliminated in impressive fashion by playing a skating, hard working, physical game. Canucks are the underdogs just like against the Blues. Bring it on.
Top

Curmudgeon wrote: ↑Sat Aug 22, 2020 1:15 pm Vegas has a good team with a great goaltending but the Canucks are good too, especially if Toffoli and Myers are available. First we heard the Canucks weren't physical enough and would get worn down by the Wild and Blues, and how both were far superior defensively, and now I guess we'll hear how Vegas will skate better and outwork the Canucks while playing the same heavy, tight game as the two teams the Canucks just eliminated in impressive fashion by playing a skating, hard working, physical game. Canucks are the underdogs just like against the Blues. Bring it on.

What vancouver has going for them is how well they've started moving the puck. They were knocking down everything last night and connecting passes all over the ice

If they can maintain this level of puck control they'll be a handful for vegas. Definitely
Witchcraft... Oh, but it IS. A dark and terrible magic...
Top 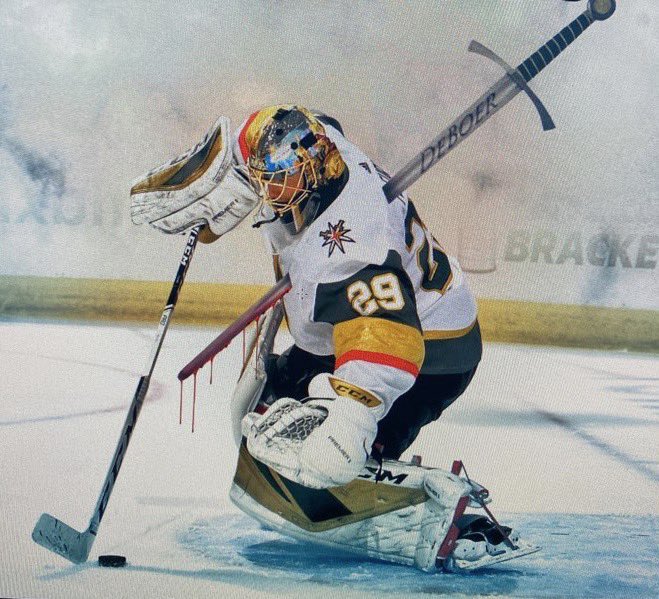 Lets start a vegas goaltending controversy...sew the seeds and throw them off. Fat Quinn calling the colorado D a bunch of marshmallows was fuckin hilarious....right up until those marshmallows won i guess lol
Witchcraft... Oh, but it IS. A dark and terrible magic...
Top

should be a good series

we gonna grow hatred against Stone and Marchessault for sure

I was actually most worried about playing against Dallas but good thing we avoided them and the Avs
Hockey is Life, Nothing Else Matters
Top
Post Reply
209 posts