I also read somewhere that Jarnkrok's name means Iron Hook, which is very cool if true.

Yup. Järnkrok means Iron Hook. That's correct, and probably the coolest name of any Swede in the league.
The only possible contender would be Tobias Björnfot of the LA Kings. Björnfot means Bear Foot.

But, nah. Iron Hook is better.

There are four Swedish players in the NHL that have old soldier names, harking back to the time when each county had to deliever a set number of soldiers to the army. The soldiers would get a small croft where they lived, and then had to report for duty at given times. The army found it ineffective with scores of people having similar names, like Andersson, Eriksson, Pettersson, etc, so they issued short effective names to the soldiers, usually just one syllable, but sometimes two. Many ex soldiers then kept those names as their family names.

Rask = swift, brisk
Fast = firm, steady
Kempe (really should be Kämpe) = fighter, war-horse, someone who hangs in there

Those are all good hockey names too.

Blid(h), however, means gentle or mild. Not as good for a hockey player imho.

Björklöven has found a replacement for Canatta: 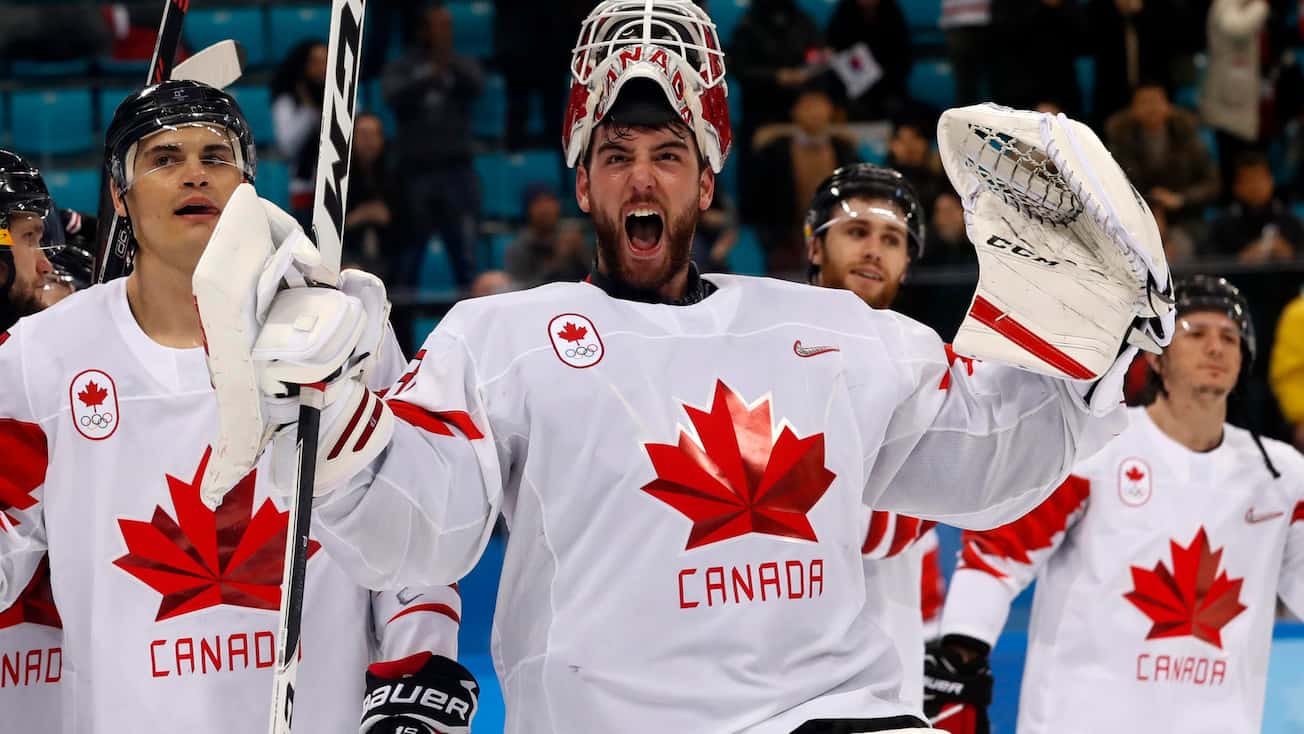 Kevin Poulin, who tended goal for Canada in four games of the 2018 Olympic tournament, including the bronze medal game.
Has played 50+ games for the Islanders, a ton of games in the AHL, plus one season each in the KHL and Germany.

So, basically career AHLer, but the occassional stint in the NHL over six seasons.
30 years old now, and only played a handful of games last season because of a snapped Achilles tendon, which is probably why he even was available for a Swedish sedond tier team. He had his surgery, and the few games he played in 19/20 was after that, so he should be good to gp!

Rick Dhaliwal@DhaliwalSports
Source ins Russia tells me that #Canucks draft pick Vasily Podkolzin's team has shut down training camp for a while due to covid 19 concerns.
Podkolzin is healthy and has not tested positive.
9:01 AM · Jul 29, 2020
------------------------------------
Hearing up to 20 players infected with Co-vid 19 in Avangard Omsk in KHL, that is Reid Boucher's team.
Boucher has not arrived in Russia yet.
Most of the team is being quarantined right now

No! Reid. No. Guess alternatives are as bad as anything or anywhere... Sucks. Nowhere for AHLers to play.
Really not good for the development of Podkolzin.
"evolution"
Top

Not surprising really. Russia has done little about Covid except to deny it's severity. They have done virtually nothing to prepare for the season. The only thing that would be surprising is if they didn't have a spike in cases. We will see how long it takes for Putin to shut down this Covid talk infecting the KHL.
The only HW the Canucks need
Top

Hockey Widow wrote: ↑Wed Jul 29, 2020 10:53 am Not surprising really. Russia has done little about Covid except to deny it's severity. They have done virtually nothing to prepare for the season. The only thing that would be surprising is if they didn't have a spike in cases. We will see how long it takes for Putin to shut down this Covid talk infecting the KHL.

There is no covid in Russia. Just western propaganda.
Hono_rary Canadian
Top

The SHL season started today. Höglander had two assists as Rögle beat Linköping 6-4.
Costmar did not play. Not sure if he is ill or something.

Also of note, Adam Tambellini, who probably was Modo’s best player last season in Hockeyallsvenskan, had four points, one goal and three assists, in his first SHL game. He is also playing for Rögle now.
Whatever you do, always give 100 %!
Except when donating blood.
Top

Highlights: https://www.shl.se/play/video/HV71_Rogl ... autoplay=1
Whatever you do, always give 100 %!
Except when donating blood.
Top

14 minutes of ice time but no points for Höglander as Rögle lost 2-1 against Växjö.
Of note, Emil Pettersson scored the GWG and assisted on Växjö's other goal.

Costmar saw the ice for the fist time this season but only had 1.27 of TOI as Linköping beat Brynäs 5-4.
He has had some sort of wrist injury, haven't been able to find out exactly what has been ailing him, but he has had a cast on one arm/hand.
Supposedly ready to play now, but either they're really easing him in, he is not quite making the team, or his hand hurt again, because less than two minutes of ice time? What's the point?

What about the kid we got for Dahlen?
Witchcraft... Oh, but it IS. A dark and terrible magic...
Top

He is in Karlskoga, in Hockeyallsvenskan.

Hockeyallsvenskan postponed the start of the season till October, hoping that the rules regarding spectators would ease up, so the first games will be played tonight. Unfortunately a slight surge in corona case numbers has meant that the suggested 500 spectators per game allowed from Oct 1st has been pushed forward. The govt will announce on the 8th if these new rules should apply from Oct 15th instead. Till then it's just 50 people in the stands. If rules do not change, some teams are bound to go bankrupt, because whereas the SHL teams get most of their income from TV deals and sponsors, that amount of money is much smaller in Hockeyallsvenskan, so teams there depend on ticket sales to make ends meet.

Anyway, Karlskoga will face Mora at home tonight, but my focus will of course be on Björklöven vs Timrå. Those are the front runners of this league (Modo lost quite a few key players to the SHL) this season, and I'm once again hopefull that Björklöven may go all the way and get promoted to the SHL, as they almost certainly would have last season if the corona virus hadn't fucked things up.

Björklöven has faced Timrå twice in the preseason, won the first game 5-4 and lost the second 7-5. The last game ended with a line brawl after the final signal and three players from each side getting match penalties. Oh well. Based on those two games, we can expect Björklöven to score five goals, and we then just have to rely on Canadian Olympic goaltender Kevin Poulin in the crease keeping goals against to a maximum of four.

Can't wait for the puck to drop!

Västerås:
Rasmus Asplund, f, Buffalo
Whatever you do, always give 100 %!
Except when donating blood.
Top

Three SOG but no points for Karlsson in his first game of the season.
Bik Karlskoga lost 4-3 against Mora.

Björklöven off to a solid start. Beat Timrå 4-1 on the road.
Rahimi had a solid game, blocking shots, knocking Dahlén off his feet and even scoring a goal.

Kevin Poulin really pissed off that he did not get the SO.
Whatever you do, always give 100 %!
Except when donating blood.
Top

Höglander had 12 minutes toi, 2 sog but no points as Rögle beat Djurgården 5-3.

Costmar had 2:47 of toi as Linköping lost 6-4 to Örebro.
Whatever you do, always give 100 %!
Except when donating blood.
Top

He is a +5 though, which is second best on the team, but really, I was expecting more.

Good thing though, he is on a winning team, which should be good mentalitywise.
I hope he will get more ice time soon and start showing his magic. And his mean streak....

Maybe that's why they're keeping him on the bench....
He is still only 19 though, and I hope he will grow into it.

Hockeyallsvenskan started a couple of weeks later and so Karlskoga has only played three games so far.
Linus Karlsson has 1 assist, 4 PIM, 8 SOG, -1 and averages 15:09 of ice time.
Whatever you do, always give 100 %!
Except when donating blood.
Top
Post Reply
58 posts