Canucks could be out up to $1 million per game at 50% capacity
Ben Miljure;
CTV News Vancouver Multi-Media Journalist
Published Jan. 21, 2022 6:34 p.m. PST
The league and the Canucks postponed a pair of January games in the hopes of an imminent change to provincial health orders limiting attendance to 50 per cent of capacity.
The restrictions did not change, so the team will play the next several games in a half-empty arena.
Rogers Arena can accommodate 18,910 spectators for hockey — meaning about 9,500 fans were notified their tickets were no longer valid for Friday’s game. Season's Ticket holders had first priority.
Sports business analyst Tom Mayenknecht thinks the team could lose several million dollars over the next few weeks.
“Minimum $750K, up to a million dollars per game, especially when you add on concession sales,” he estimated.

Pay it, hope to get into the playoffs to get money back.
Time to move some pieces to retool for 2024 contending.
Top

Some of her quotes:


Either way you slice it, Steve Yzerman and Joe Sakic are playing 5-D chess, and Jim Benning is gluing macaroni pieces to construction paper,

Ppl can critique JB, but the turnaround with the team is still with all the same players that JB brought in. I'm actually surprised JR hasn't done any changes, not even minor trades to bring in lower grade prospects, journeymen players that he likes and is high on. The team still consists with all of JB's guys.

They state that the only D-man that's any good is Huggy. Sure, our D core is not perfect, but it's not garbage either. OEL and Myers are playing great: logging big minutes, playing the heavy matchups against the top lines and is generally the starting duo on the PK. They're not racking up the points, but they're basically the shut down pair who get the tuff assignments.

I'd say K.Burroughs and Schenn are solid bottom pairing players on team friendly contracts. They're good enough that hockey writers are saying that playoffs teams should trade for these 2 guys to help strengthen their team for their playoff runs. Not bad for a couple guys who were signed for nothing and are now seen as tradeable assets. I personally think Hamonic is a solid D-man as well, but hasn't been able to show what he can do this year with his injury and the covid situation.

If the gurl can bring something to help make our team better, then great. Time will tell. I know some of us are not really fans of what she said in the past, but I think we have to take it with a grain of salt. Especially with social media, ppl tend to say outrageous, shocking and flamboyant comments to grab attention and obtain likes and followers. I mean, Don Cherry pretty much made a career out of it. 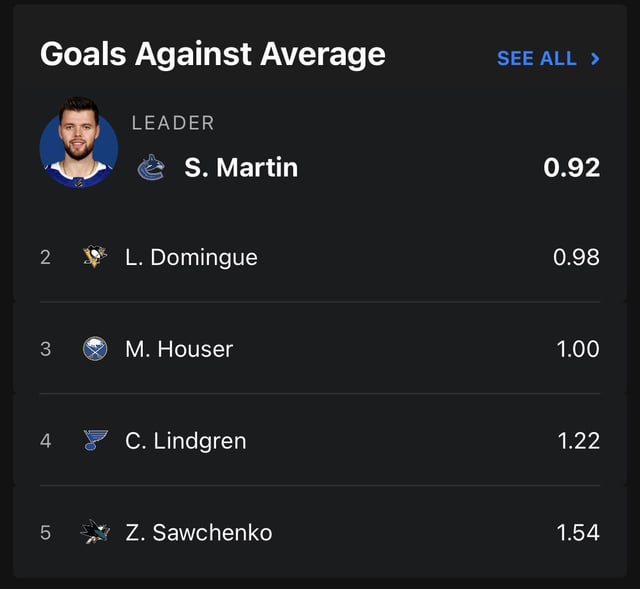 Editor’s Note: The following story contains depictions of a racist act, both in writing and in video, which may be distressing for some readers.

In the aftermath of subjecting Jordan Subban to a racist gesture during an East Coast Hockey League game on Saturday night, Jacob Panetta of the Jacksonville Icemen has been suspended indefinitely.

The league announced Sunday that Panetta’s indefinite suspension is pending a hearing under the Collective Bargaining Agreement for his actions on Saturday.

Here is evidence that "IF" the goaltending situation really, I mean Really gets tight, 12:19 mark.

Holy Fuck you must lead a boring life. 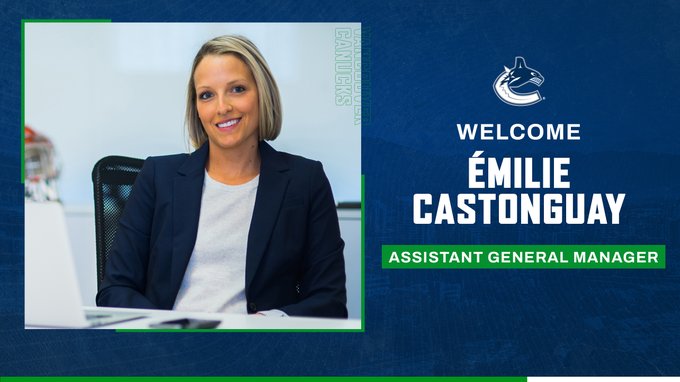 Castonguay joins the Canucks from Momentum Hockey where she became the first female NHLPA Certified Agent in Canada in 2016, representing numerous players at all levels including the NHL, AHL, Junior and internationally.

"It is an honour to join the Vancouver Canucks and I am grateful to Jim and the Aquilini family for the opportunity," said Castonguay.

Its just to appease the many vaginatards of the lower mainland.

I was listening to the coilers show driving from one shithole to another today and Lowtide was praising the hiring as progressive and was lamenting on how the coilers should've been scooping her up.

Rick Dhaliwal @DhaliwalSports
Rutherford on Demko and Miller returning from Covid tomorrow : Their 5 days are up but they still need the proper covid levels, we will find out today.
Donnie and Dhali
CHEK TV
10:15 AM · Jan 24, 2022

Thanks Gomer. I wondered if it was “a good opening session”

CanucksAbbyFan2 @Fan2Abby
The Abby Canucks have released goalie Talor Joseph from his amateur try out agreement.
Canucks This appears to indicate good news regarding Thatcher Demko coming out of Covid protocol for tomorrow.
3:55 PM · Jan 24, 2022

Miller should be back as well.
"evolution"
Top