They're some thing like Quebec was a year or so before they moved to Denver Now that is an interesting comparison. Quebec moves to Colorado with Sakic, Forsberg, Foote, Owen Nolan, plus all the parts that became Roy. My question is, are any of the Oiler 3 comparable to Sakic or Forsberg? I don't th...

That's the thing with the Oilers, how can you not be impressed? the top 3 alone *all* have a chance to be on Team Canada 2014.
As a previous poster said, the losing culture is something they have to remedy as quick as THIS season or things will turn on themselves regarding potential over there.

You're right about getting the surrounding players alongside them. Pitts took maybe 2 seasons to do that and Edmonton I would think would take longer. But teams with a list of talent like Edmonton and don't over look Florida IMO ( they've stacked away a lot of # 1 picks ) have to go out their way t...

To add to Potatoe1 here...What separates the Oilers, say from the Blackhawks of a few years ago is the bad supporting cast currently on the Oilers. In a cap system, your entry level contracts have a window of being cap affordable to ice a great supporting cast. With Chicago, Toews and Kane had plent...

This was the year that cemented me as a hardcore Canucks fan. With my family of Edmontonians freshly moved to BC 4 years earlier, I watched the Oilers first until then. But my hatred for the Flames really had me cheering Vancouver here, and they endeared themselves to me ever since. Unfortunately to...

Don't now too much about Dale Weise. According to Pierre Lebrun's Twitter the Canucks tried to trade for him last season. Sounds like a light upgrade to Oreskovich to me, Fights(not great), hits well , is younger, and has leadership qualities. Put up some nice AHL numbers too.
Thoughts?

Re: The real Cody

Well all the talk of Cody Hodgson's hockey IQ dictates to me that he should have no problem learning the wing position.

Re: Rumor: Bieksa for Filatov

What a difference a year can make hey?

Re: Hamhuis out indefinitely. 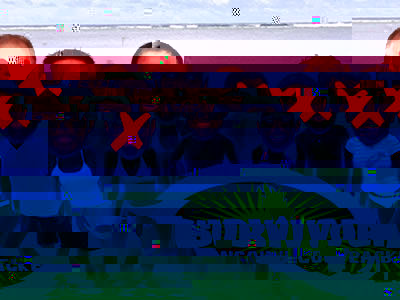 Re: Keith Ballard for Our First

What I like about him is his durability.
Hasn't missed a game in over 3 seasons.
(shit, knock on wood)

Re: Hawks win it!

No one knew on CBC either. Hawks had everything going well for them this year. But it hurts to even think, Hawks, and Penguins, past two cup winners, both went to the bottom of the standings for years to get great players with their top picks, and now gets rewarded with a cup. But let's leave that ...

I would love a nasty D-Man this year, an that seems to be in abundance for the first 2 rounds this year. McIlrath and Tinordi are a head scratcher, I don't know exactly what the deal is for their skating. I read conflicting stuff all the time so I really don't know. I agree with everyone here in tha...

@ 25 I think the Canucks should pick D Dylan McIlrath

is not niiiiiiice.....
Search found 323 matches